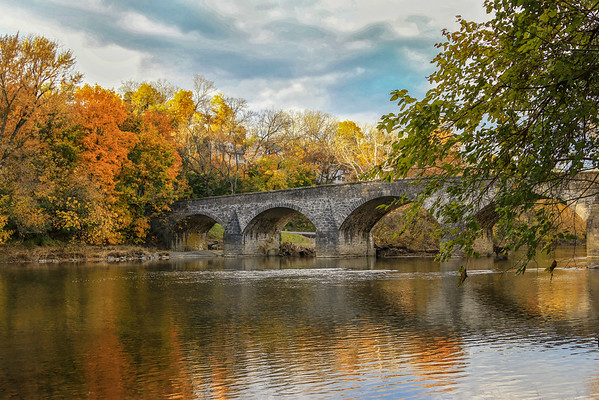 Erected by Pennsylvanian Silas Harry, Wilson Bridge is the oldest as well as one of the most graceful of Washington County's 19th century stone bridges. This five-arch span was built in 1819 as a step in extending the National Road (Route 40) westward from Hagerstown. Today it is bypassed by a larger bridge designed for 20th century traffic.