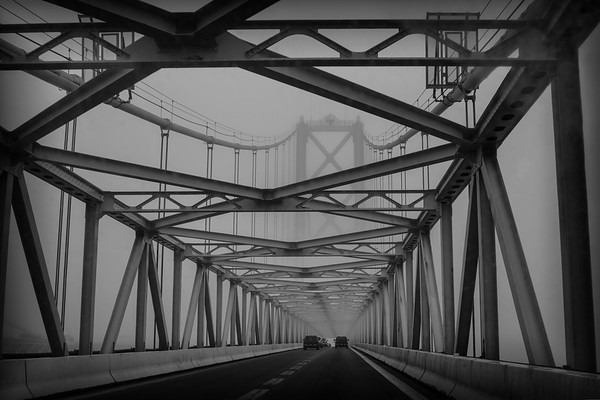 Fog on the Chesapeake Bay Bridge

The Chesapeake Bay Bridge (commonly known as the "Bay Bridge") is a major dual-span bridge in the U.S. state of Maryland. Spanning the Chesapeake Bay, it connects the state's rural Eastern Shore region with the urban Western Shore. The original span opened in 1952 and with a length of 4.3 miles (6.9 km), was the world's longest continuous over-water steel structure; the parallel span was added in 1973. The bridge is named the "Gov. William Preston Lane, Jr. Memorial Bridge" after William Preston Lane, Jr. who, as Governor of Maryland, initiated its construction in the late 1940s after decades of political indecision.