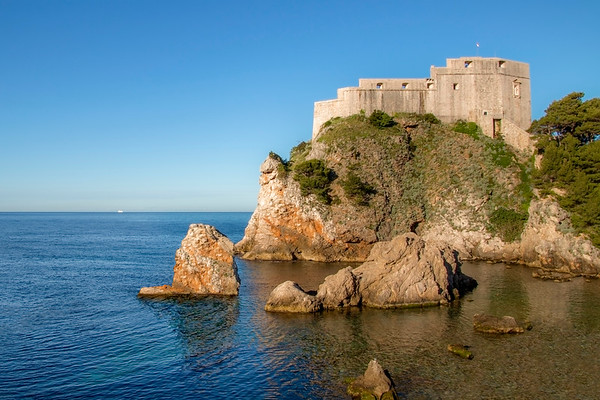 Dubbed "Dubrovnik's Gibraltar" for its location on a rocky promontory just outside the city's western wall, Fort Lovrijenac has long been one of Croatia's most important fortresses. Rising an impressive 37 meters above the Adriatic, this stunning fortress proved impregnable during the many sieges undertaken by the Venetians from its completion in the 11th century onwards (legend has it the Venetians themselves planned to build a fort here but were beaten to it by industrious city folk). Also notable for its unusual triangular layout with its three terraces, Fort Lovrijenac - also known as Fort Lawrence - is accessed via two drawbridges and a gateway through its impressive walls, as thick as 12 meters in places. In addition to serving as a tourist attraction, the fort is also used as a venue and backdrop for Dubrovnik's famous Summer Festival and its many theatrical and musical performances.