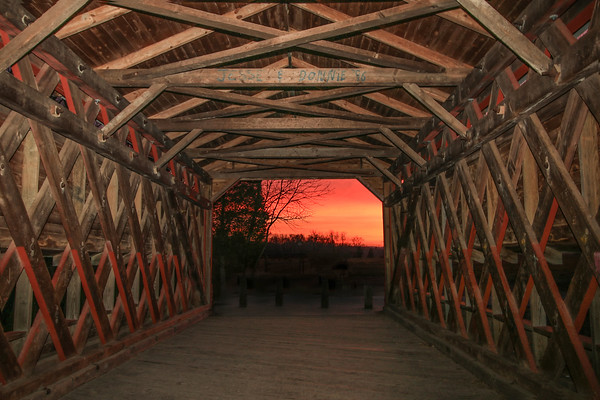 The Sachs Covered Bridge was built around 1854 at a cost of $1,544 and was designated Pennsylvania's "most historic bridge" in 1938. After a plan in 1960 to replace the bridge, the Cumberland Township officials voted to close the bridge to vehicular traffic, while leaving it open to pedestrians, on May 9, 1968. It was listed on the National Register of Historic Places on August 25, 1980.